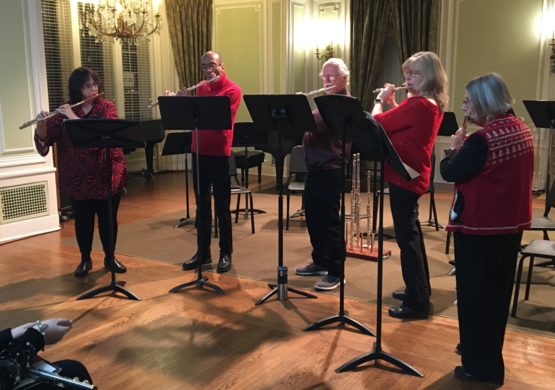 This ensemble is for beginning flutists who want to have fun in a small ensemble setting. Open to adults and seniors who are beginning or returning to their journey on the flute.

Prerequisites: Knowledge of major scales up to 3 flats and 2 sharps (at least one octave) and ability to read music with basic rhythmic notation.

Please note: If safety precautions are still needed due to the pandemic, possible alterations to this course may include moving to an entirely online platform. 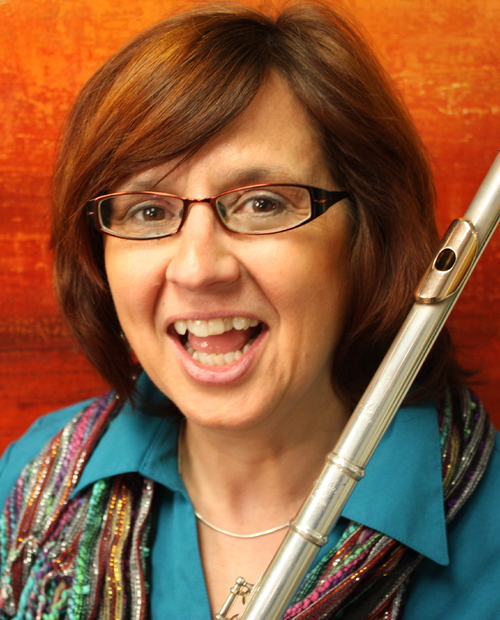 Jane has extensive background in conducting flute ensembles, and with Linda White co-directs The Music Settlement’s Flautrageous Flute Choir. She is also the director of the Magnolia Flute Ensemble. Jane is currently the Director of a summer Flute Choir Camp for adults at the Interlochen Cent... Expand

Jane has extensive background in conducting flute ensembles, and with Linda White co-directs The Music Settlement’s Flautrageous Flute Choir. She is also the director of the Magnolia Flute Ensemble.

Jane Berkner was described by Flute Talk Magazine as “a versatile performer...(and) outstanding musician". Named Outstanding Musician in the 2019 Akron Arts Alive Awards, She has played in the Akron, Ashland, Canton and Youngstown Symphonies, the Ohio Ballet Orchestra, and the Botzum Summer Festival Orchestra, as well as for touring shows at EJ Thomas Hall in Akron, Playhouse Square in Cleveland, and Blossom Center’s Porthouse Theater. As a chamber musician, she has performed with the O’Neil Chamber Players, Garth Newel Chamber Players, Solaris Wind Quintet and the Chamber Music Society of Ohio.

Along with guitarist Stephen Aron, she formed The AronBerkner Duo (www.aronberknerduo.com), and they have performed extensively across the US and in Italy and France. Soundboard Magazine said of the duo “both…are gifted with lovely tone, exceptional technique, and a sense of unanimity that bespeaks much experience playing together.” Her CD with pianist Kim Bakkum, “In Cynthia’s Garden”, was described by Cleveland Classical as “wonderfully charming…and magnificently performed.” Together, they have performed at the National Gallery in Washington, DC, as well as Sere Musicale and Corofest Assisi in Italy.

Jane is a well known flute instructor in the Cleveland area, having taught at The University of Akron for 25 years. She has successfully worked with students of all ages, from beginner to masters level. Her students have been winners of National Flute Association, Central Ohio Flute Association, Northeastern Ohio Flute Association and Tuesday Musical Club competitions. They have participated in the Cleveland, Akron and Canton Youth Symphonies, won concerto competitions, and been accepted into prestigious programs, conservatories and universities such as Interlochen, Brevard, Tanglewood, Northwestern, Eastman and Shenendoah.