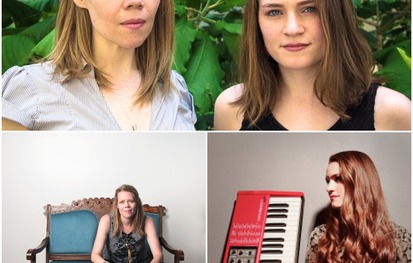 Caroline Davis and Caili O'Doherty have been working together in New York in various contexts for the past two years. From playing original music to standards and educational workshops, they have created a unique bond through the music.