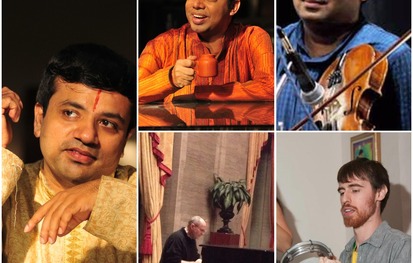 Tonight's concert will be a collaborative performance between south Indian or Carnatic musicians and western jazz musicians. Although there are many differences in the two music systems they are both predicated on improvisation.

The title of the concert is comes from a composition by John Coltrane. In his albums such as A Love Supreme, it is clear that Indian spirituality had a profound impact on his music and philosophy. (His son Ravi Coltrane was named after the famous North Indian musician, Ravi Shankar.) The performance will include interpretations of pieces by both he and his wife Alice Coltrane who shared his musical and spiritual journey/quest.

Other songs to be performed that evening will be a combination of traditional south Indian songs that will be reinterpreted allowing for the addition of harmony and new compositions by the performers that were specially written for this performance.