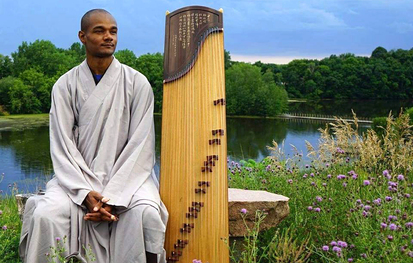 Although Barton is originally from Cleveland, this BOP STOP appearance will be his first-ever Cleveland performance!

As a teenager in Cleveland, Ohio, Jarrelle Barton discovered the guzheng, an ancient Chinese zither. Now it’s the focus of his life… Barton progressed as far as he could on his own, then searched for a teacher online. He found a guzheng master from Beijing who was living in Burnsville and convinced his grandmother that they should to move to Minnesota so he could take lessons and also be near family. A decade later Barton has become a master. He plays a little bit of everything: traditional and contemporary Chinese pieces, European music, even improvisational jam sessions. His own compositions tend to have a more modern, avant-garde sound. “Music is universal — it goes beyond,” he said. “I think anyone can learn an instrument regardless of your ethnic background or what language you speak or what color you are. You can learn any instrument you’d like and create beautiful music to share with people.”