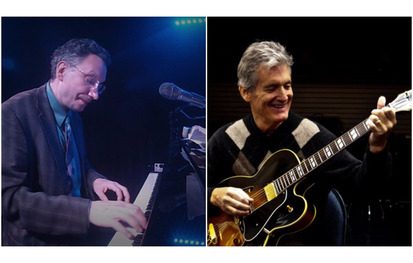 "Summer Time And The Living Is Easy"

JOE HUNTER AND PETE CAVANO RETURN TO THE BOP STOP FOR ANOTHER DUO PERFORMANCE FEATURING MUSIC THAT TRANCSENDS GENRES AND BOUNDARIES. THE DUO FORMAT PROVIDES AN INTIMACY AND DIALOGUE BETWEEN THESE TWO ARTISTS THAT MAKES FOR A VERY UNIQUE AND ENJOYABLE NIGHT OF MUSIC.