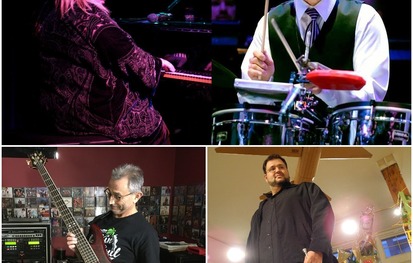 For this event we have fifteen tables generously spaced in our temporary outdoor seating area. Each table is sold for a flat rate of $50 and can accommodate up to four guests. The trio will be set up on our existing patio and will be more than 20 feet from guests. The inside of the club will be closed except for restroom use. Outdoor bar service is available but there will be no dinner service. We encourage you to bring your own food and please consider supporting a local restaurant. Mask required.