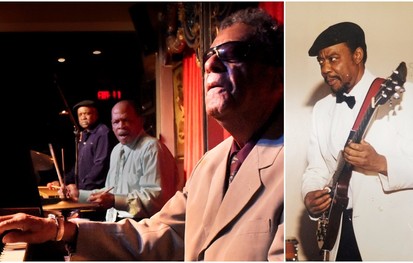 Hammond B3 master Eddie Baccus Sr. returns to BOP STOP with guitarist Billy Artis for a classic night of blues, soul, and jazz that will transport you back in time. To watch this show visit the BOP STOP's Facebook page at showtime. This event is free but donations are greatly encouraged and appreciated and can be made here: https://givebutter.com/Baccus

Joining Eddie Baccus Sr. for his appearance at BOP STOP will be an All-Star Cleveland lineup including Billy Artis on guitar who backed the late great Bill Doggett at the Theatrical in downtown Cleveland. Shirley Cook will be the featured vocalist and Gary Jecnkins will be on drums.