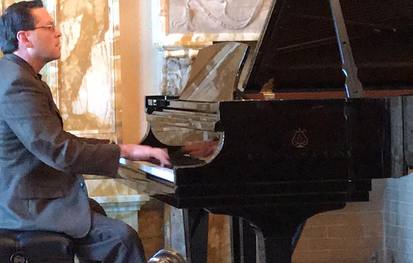 Chip Stephens returns to BOP STOP for a solo concert and livestream! Howie Smith was originally scheduled to perform with Chip but he will not be able to make the gig. Howie and Chip will return to BOP STOP as a duo in December.

To access the stream, visit BOP STOP's Facebook page at showtime. Accessing the stream is free but donations are encouraged and appreciated. They can be made here: https://givebutter.com/ChipAndHowie. Tickets to attend the show in person can be purchased below. BOP STOP bar and kitchen are open.