Students who are currently studying violin, viola, cello, bass, guitar, or piano in the Suzuki Method can join The Music Settlement Suzuki faculty and guest clinicians for a week of instruction, motivation, and fun!

Campers will participate in group classes and special ensembles during camp sessions. Each student will receive two 30-minute private lessons scheduled after camp hours during the week. Daily recitals will showcase our Suzuki faculty and camp students each day at noon.

Suzuki Camp begins on Sunday, August 1st at 3:00pm. Families will get their weekly schedules, meet the teachers, and start the fun!

The Camp culminates with a Grand Finale Concert on Saturday, August 7th at 10:00 am.

During Suzuki Camp Extended Day, campers will create cool artwork, write a compositional masterpiece, and/or explore drumming in the afternoons to further enhance the camp experience.* The Suzuki Camp Orchestra provides older Suzuki students with an opportunity to learn alternative styles of orchestral music and to reinforce musical and technical skills. Students must be in Book 2 or above to participate in the orchestra, or at the discretion of the Suzuki Camp Director.
*Classes may vary slightly depending on enrollment.

For parents unable to pick up their child before 5:00pm, The Music Settlement offers daily after care between the hours of 3:00 - 5:00pm for the entire camp session. $50 for the entire week, or $10 per day on an as-needed basis. Advance reservations required.

Click here to register for Suzuki Camp After Care. 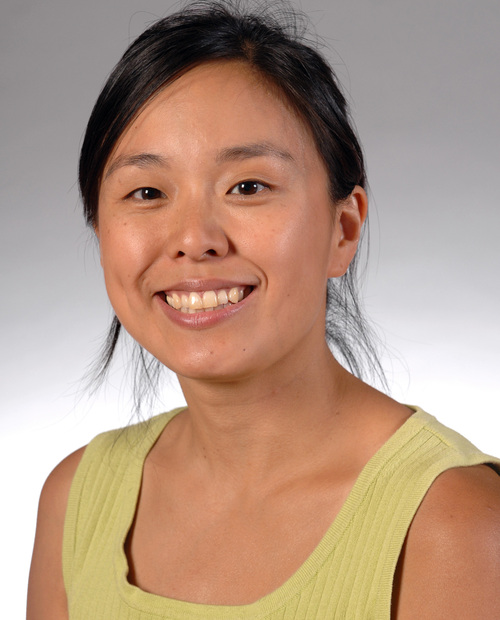 Callista Koh has been a full time Suzuki violin instructor at the Music Settlement since September of 2001, and the Suzuki Department Chair since August 2010. Prior to her appointment at The Music Settlement, Callista was on the Suzuki faculty at the Cleveland Institute of Music and the Fairmount F... Expand

Callista Koh has been a full time Suzuki violin instructor at the Music Settlement since September of 2001, and the Suzuki Department Chair since August 2010.

Prior to her appointment at The Music Settlement, Callista was on the Suzuki faculty at the Cleveland Institute of Music and the Fairmount Fine Arts Center, where she was also Assistant Director of their Suzuki program. From 2003-2008, she served on the faculty of the East Cleveland Suzuki Strings Program, the first Suzuki program of its kind in the United States, along with Michele Higa-George, then Director of the Sato Center at the Cleveland Institute of Music. Callista had the opportunity to take the performing group from ECSS, Rainbow Strings, to the 2004 National Suzuki Conference in Minneapolis, where they performed during the opening ceremony. She presented a workshop during the conference as well. Callista has also been on the faculty for the Evergreen Music Festival in Washington State and the Vermont Youth Orchestra Festival.

An active freelance violinist in the area, Callista has performed with the Akron, Canton, and Wheeling Symphony Orchestras, the Sarasota Opera Orchestra, and The Cleveland Orchestra. She has also performed at Playhouse Square, Cleveland Playhouse, Blossom, Porthouse Theater and the Cleveland Museum of Art, playing a wide variety of music ranging from classical to Broadway musicals and rock concerts. In 2006, she had the opportunity to perform for President Clinton, and was also invited to perform at the Rock and Roll Hall of Fame Induction Ceremony with Paul Shaffer and the CBS Orchestra when the ceremony came to Cleveland both in 2009 and 2012.

Callista founded Arts for Us in December 2007, a concert series at The Music Settlement dedicated to providing individuals with special needs and their families an opportunity to enjoy the highest quality live musical performances in a comfortable and welcoming setting. The series was inspired by her son, Evan, a child with special needs who loves music, and the desire to share the concert experience together.