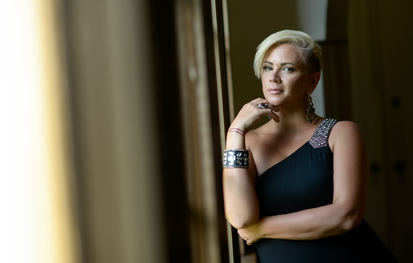 Lauren Mitchell hails from Bradenton Florida, but lately she's been sharing her gifts with folks all around the country and internationally.

In 2018, Lauren and her band travelled the country on a lengthy U.S. tour that had her sharing the stage with Buddy Guy and Lurrie Bell. Her 2017 release, "Desire" was recorded in Los Angeles with Grammy Award Winning producer Tony Braunagel (Bonnie Raitt, Taj Mahal, Robert Cray). That album garnered her two Blues Blast Award Nominations, and was ranked the #6 Soul Blues Album on the Roots Music Report for 2017. “Desire” also earned high praise from the Blues/Soul/ Roots community, including a comparison to the late Etta James by Grammy Award Winner Josh Sklair, guitarist, producer, and music director for the last 25 years of Etta's career.

Ms Mitchell has been on the rise since the release of her first album, "Please Come Home" in 2013, which was followed by a 2014 win to represent the Suncoast Blues Society in Memphis at the International Blues Challenge. Lauren's second album "Live! From the Bradfordville Blues Club" (2014), was also chosen in 2015 as the entry for Best Self-Produced Album at the 2015 IBC by the Suncoast Blues Society.