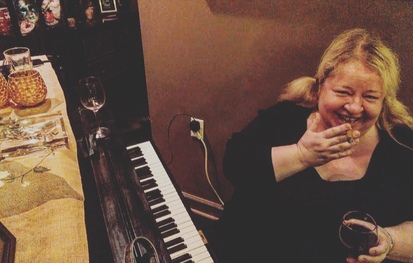 Cleveland’s salsa queen and Tri-C JazzFest Legend Jackie Warren performs a special show to release her latest album. Last winter Jackie recorded a collection of songs that captured the essence of one of her regular late night sets. Jackie will play some solo pieces from the new album, recorded at the BOP STOP and being released on Tighten Up Records, and she will also be accompanied by many friends, old and new, throughout the night. Featuring:

Opener Sebastian Albornoz, a Colombian guitarist with a magical sound and a new voice, previews cuts from his upcoming Tighten Up release, out this November.