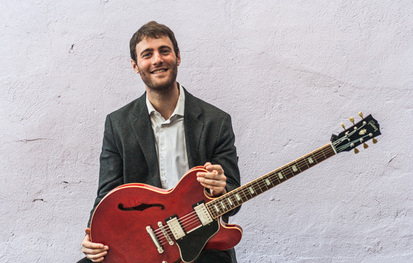 Alex Levine is a guitarist, composer, improviser, and educator, currently living in New York City. He graduated from the University of Michigan jazz studies program in 2012, where he studied with Geri Allen and Frank Portolese, and is an alumnus of the Banff International Jazz and Creative Music Workshop. In New York, he has continued his studies with Miles Okazaki and Henry Grimes. Alex has played with groups led by Francois Moutin, Geri Allen, Marcus Belgrave, Andrew Bishop, and many others, along with leading his own projects, performing concerts throughout the United States and Europe.