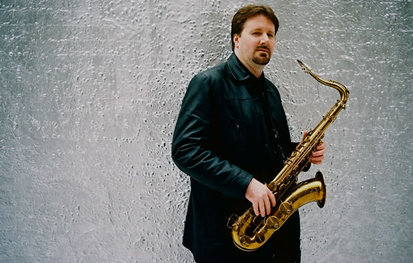 A dexterous improviser with an abiding passion for Latin American rhythms, Russ Nolan delivers a deeply satisfying program of original tunes on his new CD Call It What You Want. The prolific tenor saxophonist, composer, and arranger released the disc, his 5th as a leader in 10 years, on his Rhinoceruss Music label March 31, 2015.

Reflecting his fluency in the post-bop vocabulary and Latin rhythmic idioms, it's an approach quite distinct from what used to be called Latin jazz, like a good deal of the most stimulating jazz coming out of New York in recent years. Not surprisingly, Nolan has collaborated with some of the Latin musicians in the vanguard of this movement, like the brilliant Cuban pianist Manuel Valera (who played on Nolan's previous release, 2013's critically hailed Relentless).