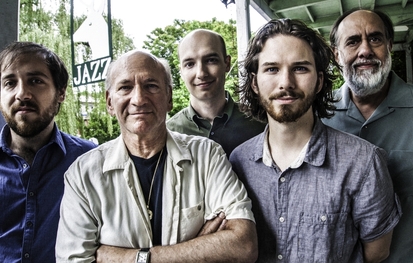 After over two decades with the Dave Liebman Group performing worldwide, conducting workshops and recording nearly twenty CDs, Liebman has put together a new band. Bringing in younger musicians, Dave is following in the footsteps of Miles Davis and Elvin Jones who mentored him in the early 1970s providing the kind of experience that can only happen on the bandstand, especially in this period when the “academy” is part of every young jazz musician’s biography. Reaching across generations to both teach and learn is a time worn process in the jazz legacy. In the case of two of the members, their relationship with Liebman is already a decade old as they have been students, accompanists and bandstand mates working together in the Northeastern section of Pennsylvania, USA where a flourishing jazz community has existed for years. Conceptually, the repertoire delves into the free music realm as well as the complex time signatures and harmonies being explored by the young artists of our time.