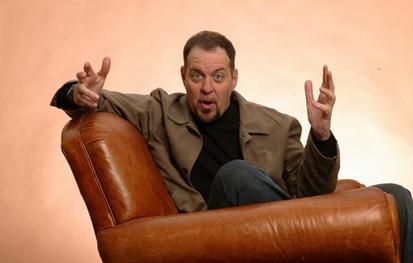 Jim McCue: A mixture of witty “A-list material” and his ability to work off-script has earned Jim McCue the title “Boston’s King of Crowd Work!” It’s not only his height of six foot six that makes Jim stand head and shoulders above club comedians of the “stick-to-the-script” variety. Jim blends thought-provoking material and uncanny improv skills with a style that encourages audience participation. No two shows are ever the same!

Since 1999 Jim has also entertained U.S. troops at more than 100 bases around the world. An account of his experiences performing for the troops has recently been published in Embedded Comedianwhich Jim describes as a “field manual for comedians in a war zone.”

With his unique act, Jim keeps the audience on its toes. Volleying between set material and working the crowd, Jim cracks jokes with amazing timing and whip-like precision. A unique blend that is sure to leave the audience roaring with laughter!