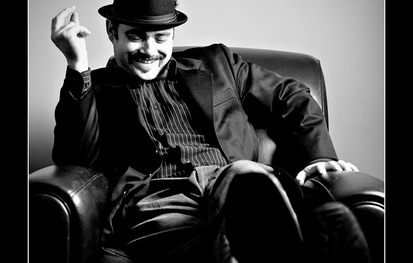 Harry Bacharach blends a genre-bending fusion of jazz, blues, folk and funk. He has played private concerts for Stevie Wonder, Barry Manilow and has opened for David Sanborn and Joey DeFrancesco.

To promote his critically acclaimed album Velvet Tango, Harry toured in Chicago, NYC, Seattle and has appeared on NPR radio and PBS television.

Kenny Davis has performed with the duke of jazz, the queen of soul, and all the headliners from the Motown Sound, including Marvin Gaye, Stevie Wonder, The Temptations, The Four Tops, Smokey Robinson and Gladys Knight, among many others.