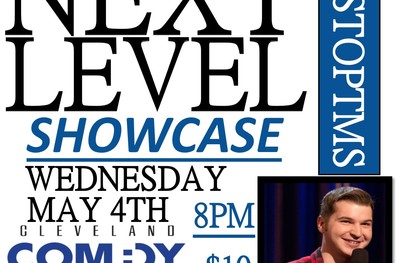 Brad Wenzel is most known for his offbeat, one-liner comedy. He is a professional comedian so don’t be thrown by his youth and unassuming presence on stage. Described as “the tin-can-kicker of comedy” Brad will surely light up your night as he methodically wins you over with his dry delivery and a barrage of clever jokes. His act jumps back and fourth between everyday observations and surrealism. By drawing material from both his life and his imagination, he comes off as a relatable guy sharing some weird thoughts. KnightArts.comdescribed his act as, “not so much clean in content as very wholesome in its delivery.”

Currently based out of Michigan, Brad began doing stand up at the age of 17. After being successful in a number of local contests, he got his first taste of national success in 2012, when he was selected by Ricky Gervais as a finalist in the Conan Jusy Sayin’ Contest. In 2013, Brad made his festival debut at Laughfest in Grand Rapids, Michigan. Later that year, he took first place at The Cleveland Comedy Festival. In 2014, Brad performed at the Limestone Comedy Festival, was a finalist in Funny or Die's “Road 2 Oddball”, and was selected to be one of the “New Faces” at the prestigious Just For Laughs Festival in Montreal. In 2015, he performed at Riot LA, returned to the Limestone Comedy Festival, and won first place at the Great American Comedy Festival which is held in Norfolk, Nebraska to honor Johnny Carson. This year, Brad made his television debut on Conan. Brad has opened for: Brian Posehn, Kathleen Madigan, Gilbert Gottfried, Pete Holmes, Louie Anderson, Jerrod Carmichael, and Patton Oswalt. In addition to working with these acts, Brad tours comedy clubs around the country and has appeared at prominent showcases including Meltdown in Los Angeles, Knitting Factory in New York, and Comedians You Should Know in Chicago. He is managed by Dave Rath at Generate.