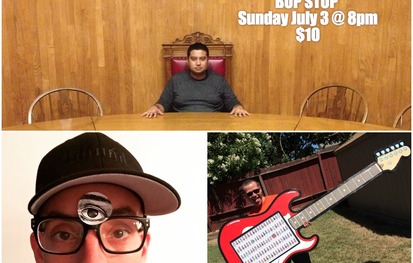 Join us for an evening of improvisational mayhem as we feature three incredible musicians in a unique configuration:

Hamir Atwal is an up-and-coming American drummer/composer based near Berkeley, CA. Hamir is a Berklee College of Music graduate. He has performed with the Glimpse Trio, tUneyArDs, Bill Laswell, Joe Lovano, and Ben Goldberg. He was also a guest clinician/teacher at schools which include: Oberlin College, Peabody Conservatory, Stanford University, CalArts, and the California Jazz Conservatory. When he's not playing drums he enjoys eating the hottest peppers in the world and watching The Golden State Warriors win the NBA finals.