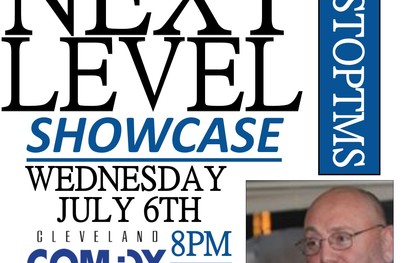 This month's comedy showcase features Marv Conner! This event is a fundraiser for the Cleveland Comedy Festival which will occur in November 2016.

Marv Connor has appeared in The Cleveland Comedy Festival's "Pretty Swell Guy Extravaganza", on Time Warner's On Demand entertainment channel, and The Mike Polk Jr. show. Marv has also appeared in the very popular Web Series "Man in The Box" which was part of HBO and now a division of Lionsgate films.

One of his favorite experiences was when he had the good fortune to be part of the making of a video that was number one in the country. The video is called "American Gladiators Rejected auditions" Marv played the part of "Gary". Marv also took part in setting the Guinness Book of World Records at Hilarities comedy club for the longest comedy show ever performed (That record since has been broken).

He is a regular headliner/performer at the Funny Stop Comedy Club in Cuyahoga Falls, Ohio.