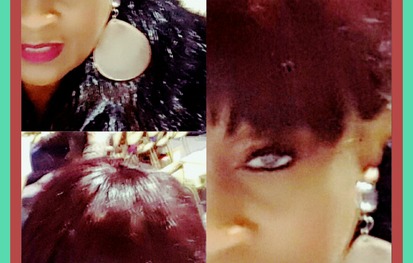 Debaneise Byrd: A power house of melodic vocals and a multi-talented artist, Debaneise was raised in Cleveland Ohio. She began her musical journey in her children’s church choir at the age of three. The Cleveland Karamu House Theatre was a staple in her young years, performing in many live children’s play’s, it's Dance Dept, Art Dept, Karametz Choir, the Karateens and The Karamu Voices of Living Sound Gospel Choir. Debaneise also attended The Music Settlement on Magnolia Dr. in Cleveland Ohio.

Debaneise has performed with many great bands around the Cleveland area, has been the opening act for some top professional artists, and has toured nationally and internationally. She now performs with her own group "Debaniese Byrd and Company".

Debaneise was chosen to be the female background singer for the legendary Mr. Dennis Edwards of the Temptations. She was then added to the three man singing group, The Deltons, from Cleveland Ohio. Soon therafter came a solo recording opportunity on her own Royce Record Label in which she recorded a song called Eye’s Don’t Lie written by Kevin Byous. With the help of Mr. Lynn Tolliver at 93.1 WZAK Cleveland Radio, the song rose to number one on the station's LP singles side play list. Debaneise Byrd continues to develop new music so please stay in touch.