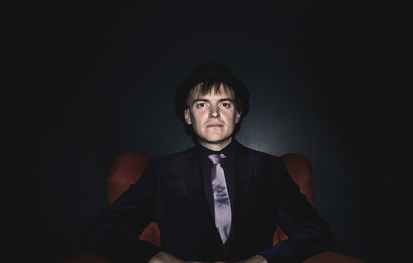 Todd Clouser is a Ropeadope Records and Rarenoise Records recording artist currently living in Mexico City and touring much of the world, recently performing at Winter Jazz Fest NYC, jazz festivals throughout latin America. He performs regularly with John Medeski, Billy Martin, and has played with John Lurie and John Zorn.

Todd Clouser (A Love Electric, Ropeadope Sur) unites with saxophonist Warren Walker (Kandinsky Effect) and drummer Jorge Servin to form Todd Clouser’s Future Dance, a groove heavy trio performing a collection of original music and “de-arrangements" of artists from the Motown era. “We want to make the dance music of the future, and it to be something resembling jazz”, says Clouser, continuing “jazz was born as a dance music, and we want to take it back to its home.” While the format of the trio may be a nod to the great Paul Motian trios, the music is decidedly rooted in groove and the avant.

Clouser has been called “a fascinating musician” by NPR while the Philadelphia Inquirer references the legends in Clouser’s playing saying, “A gem… Clouser spices the All American vibe of Bill Frisell with some Jimi Hendrix fire.”

Here listen to Clouser’s “Curtis” (an homage to Curtis Mayfield) with A Love Electric - https://toddclouser.bandcamp.com/track/curtis