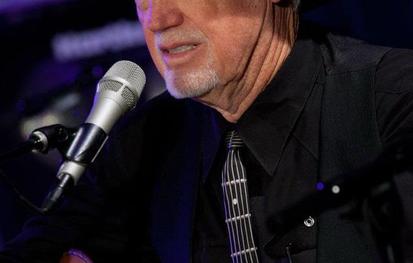 MOVIES. MUSIC. THE PASSION OF ONE MAN.

What do all these things have in common? A man named Ronny Cox.

Ronny Cox is a superbly talented actor who has been consistently active in Hollywood for over 40 years portraying a diverse range of characters - and at the same time, he has enjoyed an incredible career as a real-life singer-songwriter, guitarist and master storyteller.

A look of familiarity has helped make Cox one of Hollywood’s most versatile character actors. His first time in front of a camera featured him playing the guitar in the Dueling Banjos scene in “Deliverance”, creating one of the most iconic moments in the history of moviemaking. Despite his great success in movies and TV, what he says he loves most is singing and playing the guitar. According to him, nothing cuts through to the heart like music. The acting experience simply enhances his musical and song-writing skills. He knows a song has to provide a visual and tickle the listener’s imagination as he or she is taken away from everyday troubles to a laugh, a sigh and maybe a tear here and there.

For years he has been traveling America telling audiences all about his life, his career, his experiences behind the scenes of some of his films and TV shows and his philosophy. Kind of sounds like Will Rogers, doesn’t it? Well, there could be a connection. The difference is, Ronny tells a story, and then sings about it. With the gift of a consummate storyteller, he shares funny, sad and tender moments. His loyal band of listeners are blessed, if only for a while, to spend time with a truly remarkable man. Enhancing these great stories is the music provided by Ronny and his band of world-class, virtuoso musicians.

What makes his show different from all the rest? It’s the total experience of spending an evening with an old friend, and sharing music infused with elements of jazz, touches of blues, good old- fashioned Americana, and a storyteller that touches your heart. From the moment he greets every guest who comes through the door to the moment he bids them goodnight, with a smile and a hug, Ronny Cox gives his all and leaves his audiences feeling like they’ve each had their own personal connection with this amazing and talented man.

I have found very few artists that have such a compelling natural ability to engage an audience quicker than Ronny Cox. His warm and amiable nature is genuinely cordial, and a seasoned complement to his musical performance....Ron Jewell. Director, Bartlett Performing Arts and Conference Center, Bartlett, Tn.

Jane Gates, ED of the Stiefel Theatre in Salina, Ks attests:
“We had a wonderful evening here with Ronny Cox. He is such a wonderful storyteller and musician who has an exceptional way of connecting with his audience. I can’t ever remember an artist that was so gracious about welcoming the people coming in for his show. For his show here we had our audience sit on stage with Ronny. He deserves some credit also for helping us with this rather new idea here – it reminded me of a house concert and we plan to do this again. Ronny also brought fabulous musicians with him. I look forward to having Ronny back at the Stiefel.”

And Scott Alarik of the Boston Globe writes:
“He played slithery corporate snakes in “RoboCop” and “Total Recall”; but as a singer- songwriter, he is a study in easygoing amiability and unforced charisma. He charms crowds with self-teasing humor, tart progressive insight, and a lulling Southwestern folk sound. His repertoire is a smart mix o f witty ditties, bluesy swing tunes, heart-on-sleeve romances, and real-life anthems..."