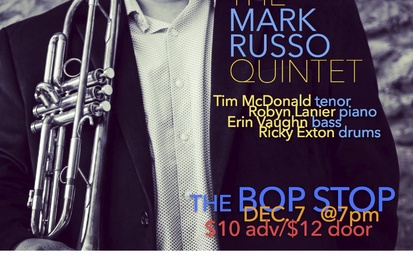 Mark Russo leads his quintet in a program that will honor the music and legacy of the great Horace Silver! Featuring:

Mr. Russo is currently promoting his latest project released on Bugles Media; his debut album entitled NEW AFFIRMATION, which features all original compositions and received a 4 STAR review on AllAboutJazz.com.

He is the founding member of THE JAZZ INITIATIVE, which is an ensemble dedicated to the advocacy of jazz education in the Greater Cleveland area. In addition, Mr. Russo has been an adjudicator and Guest Artist for numerous local high school and college Jazz Festivals.