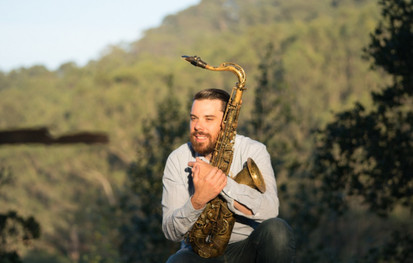 Joshua Smith is a saxophonist/multi instrumentalist residing in the San Francisco Bay area. He has been playing for the past 20 years with a Who's Who of creative music, starting in his hometown of Cleveland, Ohio at the age of 16 as a member of the avant garde jazz trio led by drummer Leland Scotty Davis. Joshua has made his mark In the arena of avant-garde jazz and forward thinking jazz through performing with players like Joe Maneri, Cuong Vu, (of The Pat Metheny Group), Chris Jonas, trumpet legend Nate Wooley, Trevor Dunn, Todd Sickafoose, Myra Melford, Ben Goldberg, and drummer Carmen Castaldi in addition to many other notable players.

In addition Smith toured internationally and recorded with his well-loved trio, "birth" with bassist Jeremy Bleich and drummer Joe Tomino, which performed for many years before Smith departed for the West coast in 2004. Since relocating to the Bay Area, Joshua has performed with stalwart new music composer, Dan Plonsey playing in his famed Daniel Popsicle Ensemble and other projects of Dan's... He's also been a member of The Scott Amendola Quartet for the last five years, having recently performed with guitar luminary Nels Cline, at John Zorn's NYC venue, The Stone.

In addition to a life of playing envelope-pushing new music, Joshua has also consistently performed and gig in the straight-ahead jazz realm. His sidemen are the best of the Bay Area, and he has played countless concerts and private events in the straight-ahead arena. Growing up, Smith began gigging at a very early age with older jazzmen of his hometown, Cleveland, Ohio... He was a member of "Greg Bandy's Young Lions'" and studied under saxophone iconoclast Ernie Krivda. He's also performed with funk drumming legend Clyde Stubblefield, toured as a member of The Youngblood Brass Band, and bluegrass legend Peter Rowan.

He recently acted as music director and contributing composer to the "Leave Me Alone" opera, an avant grade jazz opera written by Smith's good friend Harvey Pekar, at Oberlin College. He has released records on his own with various groups and as a sideman. He is featured alongside bass icon Bill Laswell on a recent recording and is currently preparing for a release with Brojazz on LA Sound Records.

Smith has also held a long running roster of private saxophone students, (including several who have gone on to become notable professionals) and conducted well-received improvisation lectures at UC Berkeley, and conducted many improvisation workshops in the US and in Europe including SUNY Fredonia, Cleveland Institute of Art, Cuyahoga Community College, and several others.