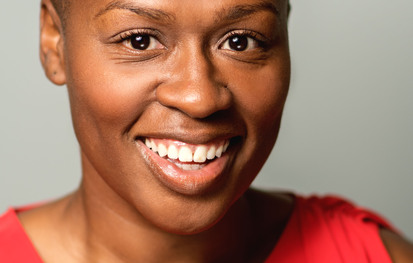 Inspired by a conversation with Audra McDonald, Sing It All allows vocalist, Nicole Sumlin, to bring the audience on her journey as a musician/artist, from her roots in gospel and jazz, to classical arias and art songs, to musical theatre, and many places in between. Nicole will be accompanied by Daniel Spearman on piano and Justin Hart on drums. The show will consist of two forty-minute sets.

Nicole Sumlin is an actor, singer, director, and arts educator based in Cleveland. NYC credits include: Medusa (MEDUSA), Judge Jill Joyce (HOW TO BE A WINNER), and Columbiner (ReB+VoDkA+ Me). She was most recently seen in Cleveland as Marion Paroo in The Music Man at Cain Park. Other acting credits include: The Washing Machine in CAROLINE, OR CHANGE at Tantrum Theater; Ensemble in THE NOLAN WILLIAMS PROJECT at Cleveland Play House; Denitra Morgan in Cleveland Public Theatre's LINES IN THE DUST; May in BOURBON ON THE BORDER at The Maltz Museum; Featured Vocalist in SONGS FOR THE ASKING at Playhouse Square; Jenny/Bart in MR. BURNS: A POST-ELECTRIC PLAY at Cleveland Public Theatre; Lula in VIOLET at Lakeland Civic Theatre; Elizabeth Keckley in A CIVIL WAR CHRISTMAS at Dobama Theatre; Pluto in THE FROGS and Brenda in SMOKEY JOE’S CAFE at Cain Park, Erzulie in ONCE ON THIS ISLAND at Orchard Arts Project; Mayzie LaBird in SEUSSICAL THE MUSICAL at The Fine Arts Association; Sarah in RAGTIME at Near West Theater and Mercury Theatre Company. She has also performed at the Museum of Contemporary Art, Nighttown, and Severance Hall. Nicole received her vocal training at Wheaton College Conservatory of Music. She is a proud Member of Actor’s Equity Association.