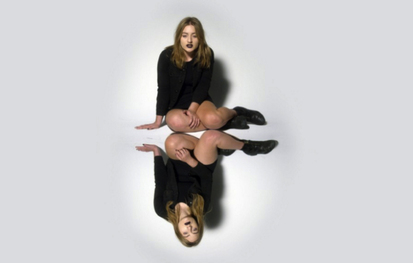 FRONT International: Cleveland Triennial for Contemporary Art is an exhibition comprised of artist commissions, performances, films, and public programs that will launch its inaugural edition in July of 2018. An American City: Eleven Cultural Exercises, in collaboration with museums, civic institutions, and alternative spaces across Cleveland, Akron and Oberlin, will showcase an ambitious roster of projects, including performance and theater throughout the landscape and built environment. With a roster of national, international and area-based artists at all points in their career, FRONT will examine the ever-changing and politically urgent conditions of an American city.

FRONT is offering three opportunities to see Casey Jane Ellison, exclusive to the preview days of FRONT. Consisting of a comedy and tap dancing performance, LA artist and comedian Casey Jane Ellison will be joined by Leilah Weinraub. Thursday 7/12 shows occur at 8pm and 11pm.

Casey Jane Ellison is a comedian and artist. She's written, directed and starred in talk shows about art, money and other systems of hypocrisy. She was a selected artist in the 2016 Berlin Biennial and the 2015 New Museum Triennial. She's performed and shown work at MoMA PS1, Museum of Art and Design, MOCA among other galleries and spaces throughout the United States and Europe. Her work has been featured on PBS and NPR as well as in the New York Times, Wall Street Journal, LA Times, the Guardian and more.

Tickets for this event are $25 and must be purchased in advance here: