For Good: The New Generation of Musicals, Volume 3 (SOLD OUT) @ BOP STOP 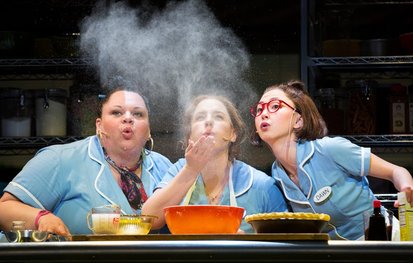 For Good: The New Generation of Musicals, Volume 3 (SOLD OUT) @ BOP STOP

THIS EVENT HAS SOLD OUT!!

In partnership with The Musical Theater Project

From the uproarious Book of Mormon to the intimate Dear Evan Hansen, musicals produced since 2000 have awakened audiences to new possibilities for America’s great art form. Following last year's sold-out performance, TMTP brings you even more of Broadway’s most acclaimed offerings in their third annual concert that connects the dots between the new millennium and old favorites. Where would Hamilton be without 1776? Wicked without The Wizard of Oz? Who is the 21st century’s Richard Rodgers or Stephen Sondheim? Their multi-media survey of contemporary musical theater is an exciting road map from where we’ve been to where we’re headed.

Ever since TMTP began celebrating musicals in 2000, their focus has been on the classics written by George and Ira Gershwin, Leonard Bernstein, John Kander and Fred Ebb, and many more. But while their mission compels them to look back, Broadway has been moving forward. Written and co-hosted by TMTP associate artistic director Nancy Maier and performer Sheri Gross, and featuring singers Bridie Srsen and Eric Fancher, Volume 3 will share a wide range of subject matter and musical styles as well as highlighting some "niche" musicals.