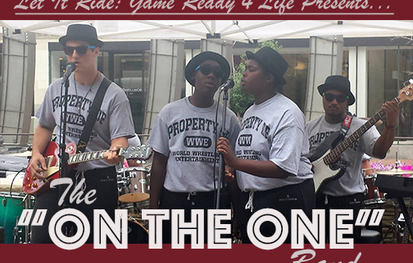 Cleveland Treatment Center has partnered with BOP STOP to present On The One!

On The One is the resident ensemble of the Let It Ride Game Ready 4 Life work-based learning program. The band is comprised of Let It Ride youth and their music educators/instructors. Their music is a signature combination of R&B, blues, funk, soul and rock. On The One entertains and excites their fan base and audiences with covers of music greats ranging from James Brown to Jimi Hendrix.