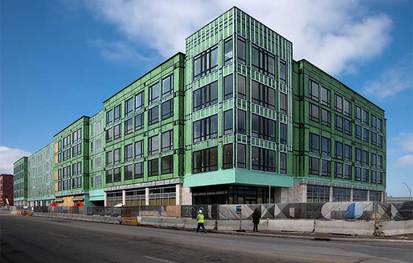 BOP STOP fan and regular, Jeff Reding, has planned an incredible evening to celebrate the opening of The Music Settlement's new campus. We are grateful for his support and love how engaged the BOP STOP community is with The Music Settlement and it's mission. Here are Jeff's own words:

"I'm turning 60 on the 2nd of October so I'm throwing a huge party. I discovered The Bop Stop in January of last year thanks to Vanity Crash and immediately fell in love with the club, all the more so when I learned that they are an arm of The Music Settlement, which was Founded by Almeda Adams in 1912 as part of the Settlement movement to welcome new immigrants to Cleveland through the common language of music.


The Music Settlement provides early childhood education, music instruction, and music therapy to people of all ages and levels of experience in Northeast Ohio. When I learned that the money earned from the BOP STOP bar goes back into the The Music Settlement I knew I wanted to do a benefit for them, which I've been working on for about a year and it's finally come together.

A Parade of Guitars will feature some of Cleveland's best and accomplished musicians in the city. Victor Samalot plays a combination of baroque, folk and classical guitar with a finger-picking style and effects pedals. Derek DePrator has played with a variety of bands and plays alternative, folk and even punk in a finger-picking style. And Joe Rollin Porter finger-picks his way through classic early folk blues from the earliest days of the form. Also on the bill are long-time fixtures on the local music scene, Alan Grandy (formerly of terrible parade and Jehova Waitresses), who is an excellent singer-songwriter. Snake Rock is well known from his time with the Raven Slaughter Band, his own hard rock band and many others, and also teaches guitar. My extra-special guest, Charlie Wiener, needs no introduction because he has been playing aroundCleveland and the islands around Put-in-Bay for decades.

This August/September The Music Settlement will settle into their new facility in the new building on the corner of West 25th and Detroit, so the timing for this benefit couldn't be better to continue their mission to bring music education and therapy to Clevelanders of all ages and abilities, so for my birthday I am very proud to put on this show as my gift to the club, the organisation and you, and I'd like to see all my friends come out for a fabulous night of a wide array of musical styles and to raise money for a very worthy cause."