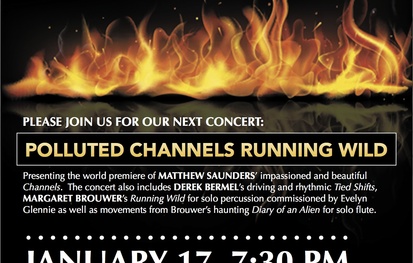 Featuring Brouwer’s music and the music of other fine living composers, BSE has been dedicated to presenting concerts with an eclectic array of the latest, most expressive and exciting new music. In some concerts, Blue Streak also performs repertoire that spans 400 years, juxtaposing the old and the new. In these concerts, the mission is to show the value of the connection between the rich music of the past and recently written new music. The listener is pulled along through a varied and changing palette of traditional and progressive sounds in a compelling stream.

In addition to current positions in Cleveland, the musicians of Blue Streak have also performed at Carnegie Hall, Lincoln Center, the Hollywood Bowl, Merkin Hall, Kennedy Center, LA Philharmonic, and New World Symphony. They are committed to the Blue Streak Ensemble, and to developing and fostering transformative musical experiences for new and existing audiences of all ages and all walks of life by sharing the beautiful music of the 21st century with them.