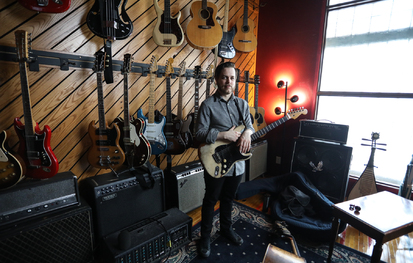 His most notable work, "Life Is Brief: The Music Of Bob Dylan", released in April of 2018 has already been widely reviewed in both the United States and Europe by publications such as Vintage Guitar Magazine, Elmore Magazine, All About Jazz, Jazz Weekly, and several others as well as making it on the international Jazz Radio Chart top 60. Charlie also teaches guitar performance at Marian University in Indianapolis, IN where he currently resides.