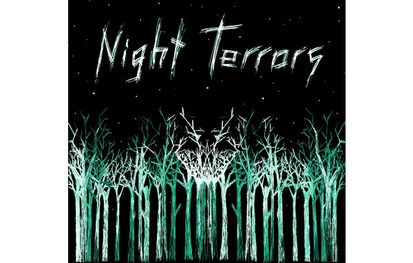 Night Terrors performs like a dream gone awry. Experimental textures are created with the use of electronic pedals on the guitar- from a haunting quiet to jagged pulsing squeals. Percussive sounds include harsh china cymbals, meditative singing bowls, and gongs of multiple sizes. Night Terrors blurs the line between composition and improvisation.

Paul Stranahan (drums, gong array, marimba, singing bowls, drums) is a percussionist, composer, and drum teacher. He's led his own groups such as the modern jazz Paul Stranahan Trio, the avant/fusion band PSI-Paul Stranahan's Insomnia and the experimental group Night Terrors. Abstract Logix, a progressive instrumental magazine, said of Paul , “As a drummer leading an ensemble with self-penned compositions Paul is occupying a mantle that few can approach.” A career highlight for Paul was when his trio and Red Side Visible (an avant/metal group Paul plays drums in and composes for) were two of the four American bands out of hundreds of applicants that were selected to perform in Belfort, France at FIMU (Festival International de Musique Universitaire). He also has a double CD release appropriately called "Gong and Singing Bowl Improvisations" on the Infinite Number of Sounds Label.