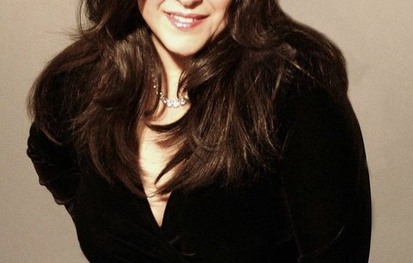 Maria Jacobs leads her quartet in the band's debut at BOP STOP! Featuring:

Maria Jacobs is a national recording artist whose original composition, Pour Me A Cup of Yesterday, is heard on radio stations across the country and which charted on the Groove Jazz Charts for weeks. She is the Adjunct Professor of Applied Vocal Jazz at Kent State University, and she is a licensed music educator and curriculum advisor for the non-profit Open Tone Music Academy, for whom she teaches vocal and instrumental music.

Born in Cleveland, Ohio, this former traffic reporter and disc jockey lived in Los Angeles for twelve years and sang prestigious venues such as The Langham Huntington (formerly the Ritz Carlton,) The Four Seasons in Westlake Village, Chaya of Beverly Hills, B.B. Kings Blues Club and The Torrance Civic Center to name a few.

Maria has and performed and recorded with several well-known artists including Alphonso Johnson and Ndugu Chancler of Weather Report; she has co-written with platinum selling writer/producer Tommy Coster; she has opened for acts like jazz trumpeter/songwriter Chuck Mangione (The Coach House, San Juan Capistrano,) and jazz singer/songwriter Bob Dorough (Columbus, Ohio,) and she is a soloist with The Jazz Heritage Orchestra.

Maria has released six solo albums: No Frills, Free As A Dove, Chasing Dreams, Art of the Duo, Here Comes Winter, Lucky Girl, and she is currently releasing her seventh album, a compilation, featuring the new single Hold On Your Heart. She performs in Los Angeles, New York, and some historic Cleveland venues including Severance Hall (where she sang solo with the Cleveland Orchestra and Cleveland Orchestra Chorus,) Playhouse Square, Nighttown, The Bop Stop, Blu Jazz, the House of Blues and The TV8 Morning Show.

Maria’s jazz albums have received wonderful reviews from national jazz critic Scott Yanow. Her original R&B album Free As A Dove, received a glowing review from Australia’s Musicperk.com. She has written more than 100 songs and is a royalty earning member of ASCAP.

Maria is a 2016 inductee to the Brooklyn High School Hall of Fame, her Alma Mater, and her albums can be found on iTunes, Amazon, Google Play, and Apple Music to name a few.