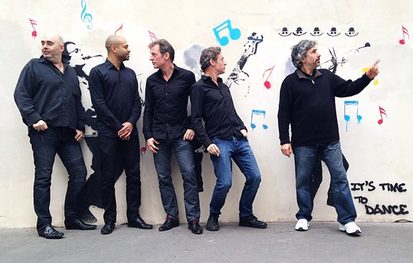 The MOUTIN FACTORY QUINTET is the current main project of François and Louis Moutin. Tonight we celebrate the release of the band's third album, Mythical River, which will be released in April 2019. Featuring:

Master drummer Louis Moutin and bassist Francois Moutin bring the Moutin Factory Quintet to BOP STOP. Following extensive international touring, including a long list of major jazz festivals, they will embark on a tour of the United States. With their deep chemistry and distinctive, sprawling compositions, The Moutins have been attracting an increasingly large and enthusiastic following for years, and we’re honored to host their only Cleveland appearance of the tour! Their second album, Deep, was released in 2016 so audiences can expect to hear some inspired sounds from that album as well as from previous releases.

Over a few short years and a handful of albums, the Moutin Reunion Quartet have established themselves as one of the best working bands in Jazz history.” Michael G. Nastos - All Music Guide