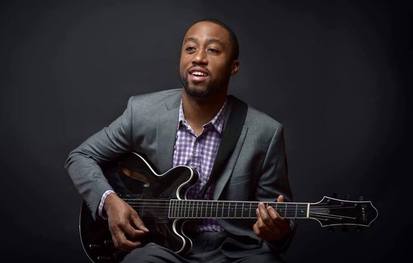 Dan Wilson, is one of the biggest names on the jazz guitar scene today. He has shared the stage with the likes of Russell Malone, Les McCann, Eric Marienthal and Dave Stryker, to name a few.

Music has been an integral part of Dan’s life since his beginnings in gospel music. Upon hearing a Wes Montgomery record in a relative’s basement, Dan decided to pursue a a career as a musician. Since then, he has spent more than a decade honing his craft. Dan received his Bachelor’s Degree in Music & Liberal Studies from Hiram College in 2006. His passion for Brazilian music led him to the city of Rio De Janeiro in 2007 to conduct research for his Masters Thesis which he defended successfully at Youngstown State University in 2009.