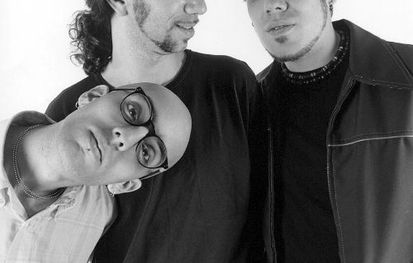 We are thrilled to present Birth again at BOP STOP. Featuring:

From 1998 to 2004 Birth, the Cleveland/New York based saxophone, electric bass, drums trio, carved a musical niche with the sound of their no-holds-barred creative music.

Their music evolved from youthful, unrestrained, often "sensationalized" (in the words of Joe Maneri) displays of prodigious outbursts on their instruments, to later, a hybrid of powerful, yet highly sensitive improvisation and composition that garnered attention and praise from some of the leading voices of the avant-garde jazz and creative music world.

A favorite of Cleveland jazz writer and folk icon Harvey Pekar, their music lead Harvey to proclaim that birth was "So good that it's scary." "Awesome and magnificent" lauded The Wire. John Zorn wrote "The music is strong, as is the group." They were voted best Cleveland band of all time by the outgoing editors from the Cleveland Free Times in its final edition.

Birth released four records during their tenure to critical acclaim, including two studio records, as well as collections of live recordings.

The trio toured in the US and Europe, constantly evolving their music and sound. They regularly performed at NYC's Knitting Factory as well as other hubs of creative jazz including Tonic, and Chicago's Empty Bottle. They presented countless concerts in Cleveland, bringing to town cohorts who were some of the finest in improvised and creative music, and inspired a younger generation of musicians who have gone on to establish themselves in the creative music world.

After a performance at the High Mayhem Festival in Santa Fe New Mexico in 2004, the group went on an indefinite hiatus as its members disbursed to various corners of the country. Saxophonist Joshua Smith relocated to San Francisco, California where he had performed with various groups under his own direction and as a sideman, Jeremy Bleich relocated to the Southwest, and has lived and performed music for the past eight years in Santa Fe, New Mexico, and Joe Tomino anchored in New York City and pursued studio and touring projects that have brought him into a variety of notable realms.