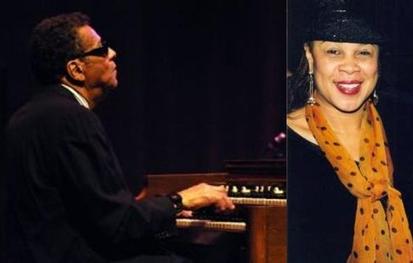 Hammond B3 master, Eddie Baccus Sr, leads his quartet in what is always a fun night at BOP STOP. This show will be extra special as the incomparable vocalist, Shirley Cook, will be showcased all evening.

Eddie Baccus Sr. has been a mentor to countless Cleveland jazz musicians, notably Joe Lovano, Ernie Krivda, and more recently his son, Eddie Baccus Jr.. His work has only been documented infrequently. He recorded an LP with Kirk back in 1962 "Feel Real" on Smash records. His other recording is a session done with Lovano in the mid 1980's entitled "Hometown Sessions". Although he has not gone on to greater glory playing the national circuit, Eddie Baccus Sr. has been the bedrock of the Cleveland jazz scene and his influence on fans and musicians alike has been invaluable.

Joining Eddie Baccus Sr. for his appearance at BOP STOP will be an All-Star Cleveland lineup. They are Cecil Rucker on the Vibes. Eddie Sr. has frequently appeared with Cecil's group Good Vibes. Billy Artis is on guitar. Many will remember Billy from his days backing the late great Bill Doggett at the Theatrical in downtown Cleveland. Perry Williams III is on drums. Perry is a veteran on the soul jazz circuit and has worked with Eddie Sr. and Cecil extensively. And on vocals is Ron Davis.