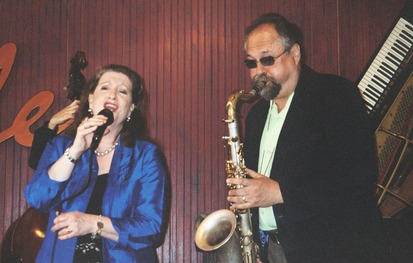 What Judi Silvano has been able to accomplish thus far gives the appearance of multiple artists’ careers strung together — but it’s all Judi. In fact, she’s always got a new project ready to fly, oftentimes dovetailing and overlapping her previous efforts.

To date, Judi Silvano has 14 recordings to her credit, including 1997’s Vocalise on the Blue Note label. She has recorded her own original songs in addition to classic standard songs in ensembles from Duo (her 2014 release with Michael Abene: My Dance, and another with Mal Waldron: Riding a Zephyr) to Trio (voice, piano and trumpet: Indigo Moods) to Quartet (Women’s Work and Cleome), Quintet (Songs I Wrote Or Wish I Did) and Sextet (Silvano’s 2018 most recent release Lessons Learned).

As a progressive composer and arranger, Judi Silvano’s work has been recognized by the industry in many ways, including taking First Prize in The Brooklyn Lager Band Search, with judging for the Search led by trumpeter Lester Bowie. She has written over 45 jazz and chamber music compositions which have been featured on recordings and stages in the US and in Europe.