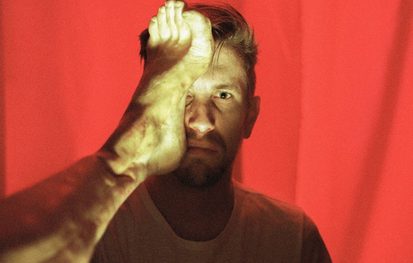 Reed player Thomas Backman and band combine elements of bebop, free jazz, hip hop, indie pop and chamber music with their album Did You Have A Good Day, David?

Swedish reed player Thomas Backman and his band released the debut album ”Did You Have A Good Day, David?” in August 2018. Nevertheless, Thomas isn't a newcomer to the Swedish audiences. For 15 years he has been working as a bandmember in reputable groups such as Klabbes Bank, paavo and as a sideman to Sarah & Georg Riedel and Maia Hirasawa to name a few.

In 2016 Thomas finally put together a group of his favourite musicians to form a band of his own. The members are award winning, well-known Swedish musicians. They have performed and recorded with artists such as Django Bates, Uri Caine, Filip Jers & Loney.

After touring in Sweden 2017 the band went to Studio Dubious in Stockholm to record ‘Did You Have A Good Day, David?'. The music on the album consists of 9 songs, all Thomas' compositions, and 3 songs written with Josefine Lindstrand’s lyrics.

Most of the songs are specially written for the band. In addition to the new songs Thomas has re-arranged a few of his older songs as well. The music combines elements of bebop and free jazz as much as from hip-hop, indie pop and chamber music. A unique, pioneering and ‘outside-the-box' voice in jazz today.