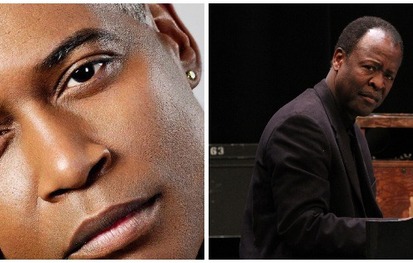 Come celebrate the holidays as master pianist Dave Thomas leads his all star quintet in what will be an incredible evening of jazz. Featuring:

Presently, Dave is a music teacher with the Cleveland Board of Education School District, Musical Staff member of The Southeast Seventh Day Adventist, Faculty member of The Cleveland State University, and Minister of Music at St. Timothy Baptist Church. He earned his undergraduate and graduate Music degrees from Cleveland State, Cleveland Institute of Music, Case Western Reserve University, and postgraduate work at the Royal Holloway College in London, England.

Reggie Kelly, an alumnus of Cleveland’s renowned Karamu House Theater, performs a musical blend of contemporary and classical jazz. He can take a song and mesmerize you. Mr. Kelly’s accomplishments include success as a national award-winning singer, actor, director, choreographer and playwright with over 30 years of experience.

His authentic arrangements and interpretations of various artists include Kem, Al Jarreau, Frankie Beverly and the soft baritone voice of Nat King Cole. His silky soulful voice has pleased many audiences over the years.

Mr. Kelly has received critical acclaim performing leading roles throughout the tapestry of African-American musical theater classics including The Wiz, Dreamgirls, Don’t Bother Me I Can’t Cope, The Mahalia Jackson Story, and Tambourines to Glory. He toured Europe in The Black Gospel, starred in the touring company of Heaven’s Child-The Emmett Till Story, co-starring Grammy-award winner Regina Belle, and Charnelle Brown of the television series A Different World.

A crooner, devoted to Jazz and Neo-Soul, Reggie Kelly has delighted audiences at the most respected and high profile musical venues in this country and abroad including Club Isabella; The Boarding House; The Bop Stop; XO's; The House Of Blues; Jazz 28; and more. Currently Reggie Kelly is a soloist member with the renowned N.Y. Harlem Singers, annually touring China, Japan, Korea, Hong Kong, and South Africa.