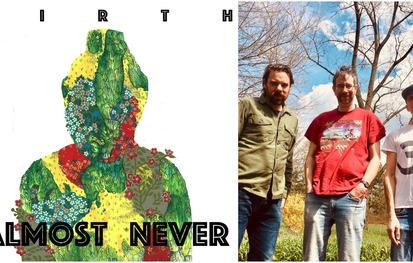 We invite you to be a part of Cleveland music history in the making as BOP STOP is proud to host the Double Vinyl LP Album Release for “Almost Never” the new record from Cleveland bred avant-garde jazz trio, BIRTH!

21 years ago, the genre melding avant-garde jazz trio, birth, formed in Cleveland, Ohio. After many years of performing, recording, and developing their sound into an expansive musical language, the band went on a long hiatus. When they returned to the fold, it was as though they dropped the needle on an ever spinning platter of their music, with the sound and playing every bit as clear, forward-thinking, and creatively relevant as it had been in their younger incarnation.

The band immediately embarked on making a new record, their first “studio” recording in over 15 years...The result is a double lp featuring several new and older, never before recorded compositions, and improvisations, recorded impeccably by Dave Kennedy in Cleveland, Ohio.

The playing highlights a band with renewed energy and intent, performing their music with a heightened sense of gratitude for the past work they had done, their present connection that remained, and the chance to make a long awaited record that “Almost Never” happened.

Join BIRTH on December 27, 2019 at BOP STOP to celebrate the release of their new double lp. More info on pre-orders of the record, and to donate to their vinyl production fundraiser available at: