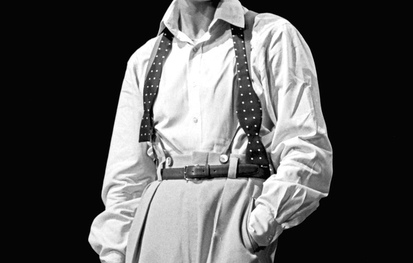 Brunch With Bowie. This live interactive presentation, by arts impresario and Bowieologist Thomas Mulready, traces the artist’s life from the height of his worldwide popularity after releasing Let’s Dance, all the way through his underrated but supremely interesting late career, his brilliant final albums The Next Day and Blackstar ★, and his untimely death in 2016. Along the way, we investigate his breakthroughs in theatre, design, marketing, technology, finance and sexuality. Recently released historical materials and box sets fill in gaps and bring to light new insights into one of the most important artists and cultural figures of the past century. While this program is presented on two successive Sundays in January at two different venues, each presentation will contain slightly different material.

Brunch With Bowie opens with a meticulously researched and highly entertaining presentation by Bowie aficionado Thomas Mulready on the life of David Bowie and the stories behind his music, featuring rare video, music, needle drops, trivia, contests, giveaways and audience interaction. Each show is capped with a live music set by Cleveland’s glam punk superstars Vanity Crash, featuring a number of Bowie hits and obscure album tracks, side by side with the band’s own stunning original material drawn from their five releases.

Tickets grant admission to the show but brunch is not included in the ticket price. Food will be available to purchase from BOP STOP menu throughout the show. Doors open at 11am.