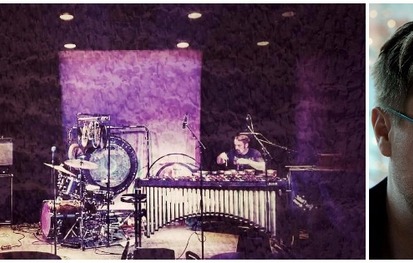 This evening's concert will be divided up into two sets. The first set will be focusing on the compositions of both Tim and Paul and the second set will feature special guest guitarist Chris Bober to take the band into all new improvised adventures.

Guitarist Chris Bober maintains a distinctive melodic approach that transcends style and allows him to fit into any musical situation. His playing is familiar, yet surprisingly original. Chris began playing the guitar at a young age and was obsessed with all forms of music, but particularly post-punk, jazz, and Americana. At Bowling Green State University, he studied jazz and classical guitar with Chris Buzzelli and Dan Lippel. Over the years, he has performed with a wide-range of musicians across various styles. Currently, he is a founding member of The Desert Noir, a unique, pedal steel based quartet from Cleveland, OH. The group performs dreamy versions of Jazz, Americana, and original compositions.