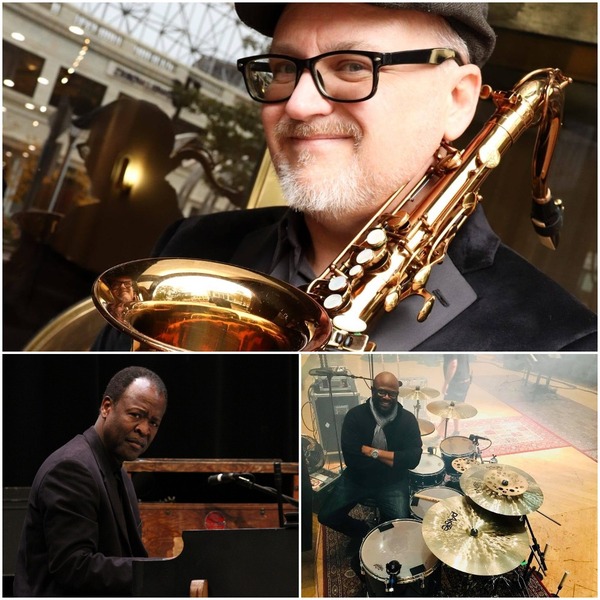 This weekend BOP STOP celebrates its 6th anniversary as part of The Music Settlement! Tonight we are thrilled to host the Chris Burge Trio featuring Chris on sax, Bill Ransom on drums, and Dave Thomas on keys for one of our last outdoor concerts of the season.

For this event we have fifteen tables generously spaced in our temporary outdoor seating area. Each table is sold for a flat rate of $50 and can accommodate up to four guests. The trio will be set up on our existing patio and will be more than 20 feet from guests. The inside of the club will be closed except for restroom use. Outdoor bar service and limited dinner food menu is available. You are allowed to bring your own food, too. Mask required.

Bill Ransom: Bandleader, drummer and percussionist Bill Ransom is a musical chameleon - equally at home with classical, jazz, R&B and rock. With a style described as “physical, stirring, demanding, rare and personal,” Bill has toured and recorded with leading artists including Patrice Rushen, Beth Hart, Marion Meadows, Cecil Bridgewater, Diane Reeves, Mary Wilson, and James Newton. He spent much of the 90’s on the road with contemporary saxophonist Najee and R&B crooner Gerald LeVert and was featured percussionist on Mr. LeVert’s solo debut, “Private Line.” Bill has appeared a number of theatrical productions including “Love, Janis”, under the musical direction of Big Brother & the Holding Company’s Sam Andrew who noted “When Bill Ransom plays the drums he looks as if he is made of rubber and he makes every time special because he acts it out.”