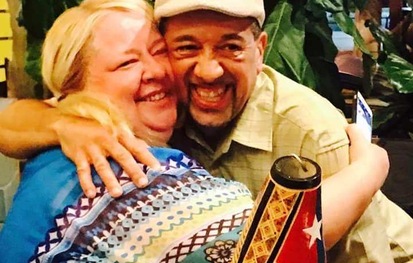 TICKETS TO ATTEND THIS EVENT IN PERSON HAVE SOLD OUT

Longtime collaborators Sammy DeLeon and Jackie Warren join forces for a special performance at BOP STOP. This event will be streamed on BOP STOP's Facebook page. Accessing the stream is free but donations are appreciated and can be made here: https://givebutter.com/warren

In addition we have a very limited number of tickets available for those who want to attend the show in person. Tickets can be purchased below. BOP STOP bar will be open but the kitchen will be closed. Feel free to bring your own food!