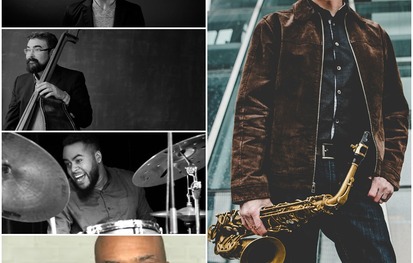 Please join us on Facebook for a live streamed concert as critically acclaimed saxophonist, Bobby Selvaggio, performs alongside his quintet!

To watch this show visit the BOP STOP's Facebook page @ 8pm on Friday November 20th. This event is free but donations are greatly appreciated and can be made here: https://givebutter.com/bobby

In addition to the livestream, we have a very limited number of tickets available for those who want to attend the show in person. Tickets can be purchased below. The BOP STOP bar will be open but the kitchen is closed. Feel free to bring your own food. Masks required.