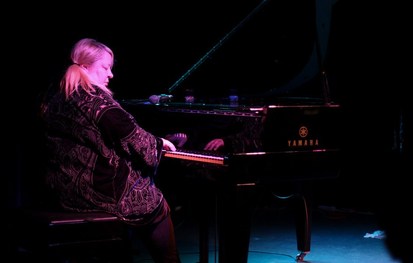 Jackie Warren is one of the most in demand pianists in Northeast Ohio and tonight is her birthday! She has put together a fun evening full of special guests including Sammy DeLeon, Scott McKee, Miguel Cuni, and more. This event will be streamed on BOP STOP's Facebook page at showtime. Accessing the stream is free but donations are appreciated and can be made here: https://givebutter.com/JackiesBday