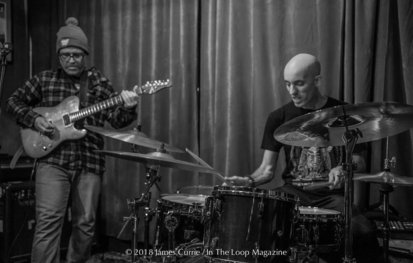 Join us for an evening of improvisational music as longtime collaborators Mike Sopko and Joe Tomino team up for a BOP STOP concert and livestream.

We have a very limited number of tables available for those who want to attend the show in person. Ticket buyers must purchase an entire table which accommodates up to four guests at a flat rate of $40. The BOP STOP bar will be open and small snacks will be available to purchase. Feel free to bring your own food. Masks required.

In addition, this event will be streamed on BOP STOP's Facebook page at showtime. Accessing the stream is free but donations to the band and the venue are appreciated and can be made here: https://givebutter.com/SopkoTomino