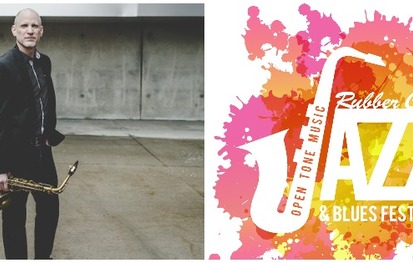 This year we're excited to be partnering with our friends from Akron to celebrate the 6th Annual Rubber City Jazz and Blues Festival with a live, in-person concert that will also be livestreamed featuring Bobby Selvaggio and his group, Rewind Forward.

Bobby Selvaggio's Rewind Forward revisits specific compositions from Bobby's previous releases and combines them with new music he has been working on.

Tickets to attend the concert are $20. To access, the livestream visit BOP STOP's Facebook page at showtime. Accessing the stream is free but donations are encouraged and appreciated and can be made at www.givebutter.com/RewindForward
-------------------