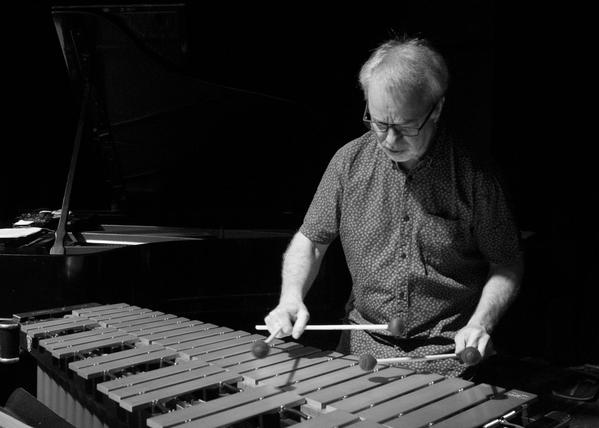 Critically acclaimed vibraphonist, Rusty Burge, returns to the BOP STOP for an encore performance! He joins the all-star rhythm section from The Cleveland Jazz Orchestra for an unforgettable evening of jazz. This concert has a full live audience and will also be streamed. To access the stream, visit BOP STOP's Facebook page at showtime. Accessing the stream is free but donations are encouraged and appreciated. They can be made here: https://givebutter.com/RustyQuartet.

Rusty Burge joined the Cincinnati College-Conservatory of Music faculty in 1992 as a member of Percussion Group Cincinnati, with whom he has performed extensively throughout North America, Europe and Asia. Recent performances include the Japan World Drum Festival, Chinese International Music Festival, Taipei International Percussion Convention, the Ravinia Festival, Merkin Hall in New York City and the International Percussion Convention. He has recorded with the Group for the Mode, Centaur, Einstein and Ars Moderno labels. The Group has also made concerto appearances with more than twenty different symphony orchestras. He was formerly principal percussionist with the West Virginia Symphony and plays extra with the Cincinnati Symphony. He received his undergraduate degree from the Eastman School of Music and a masters degree from CCM.